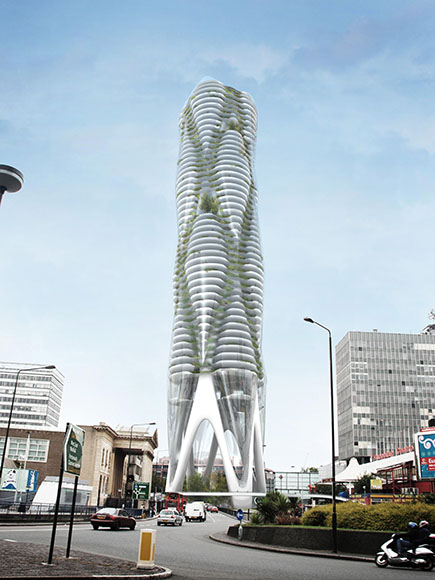 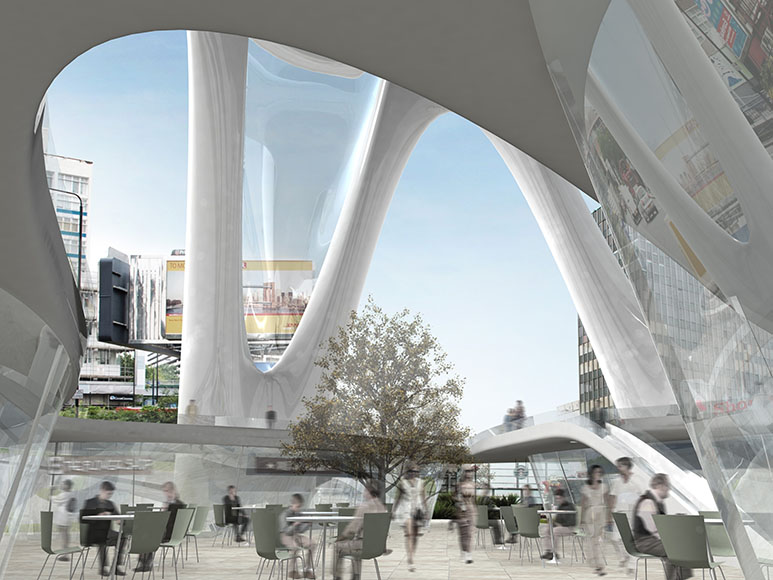 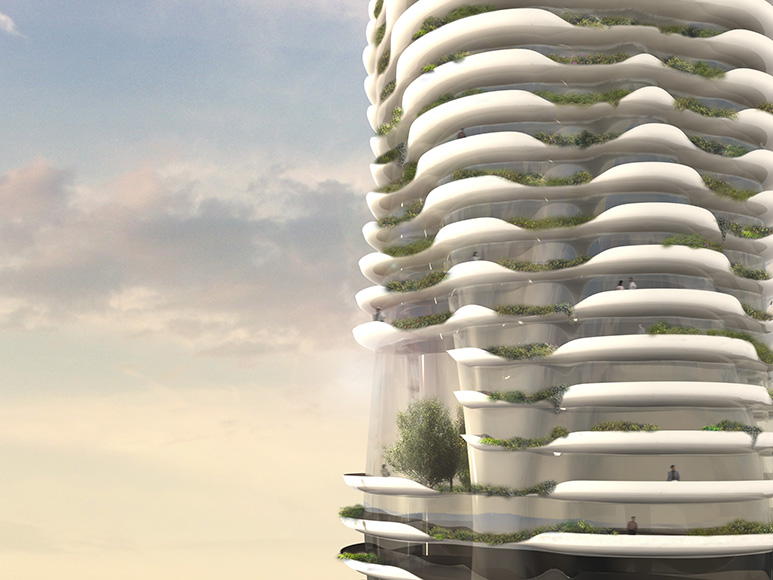 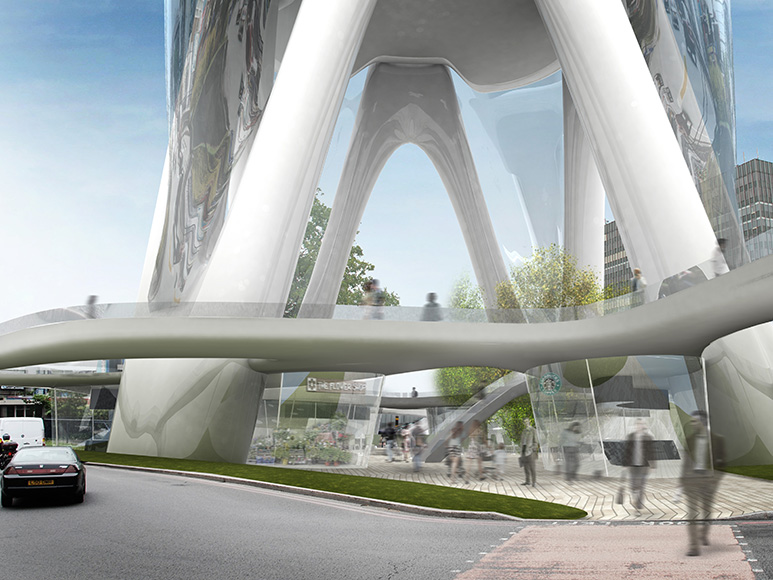 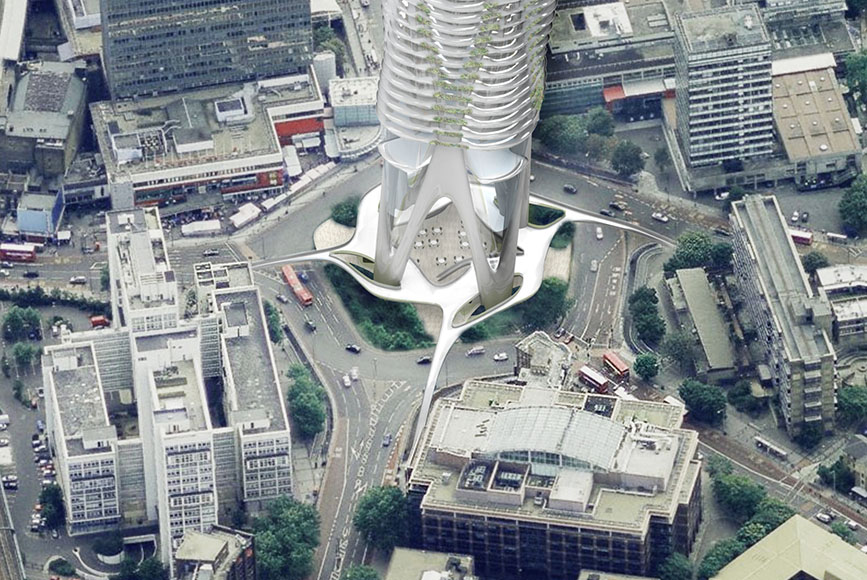 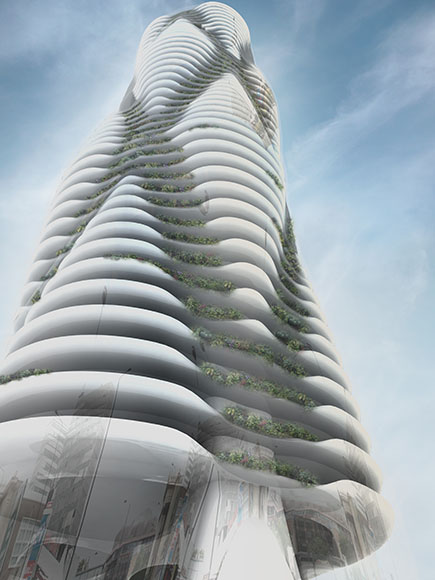 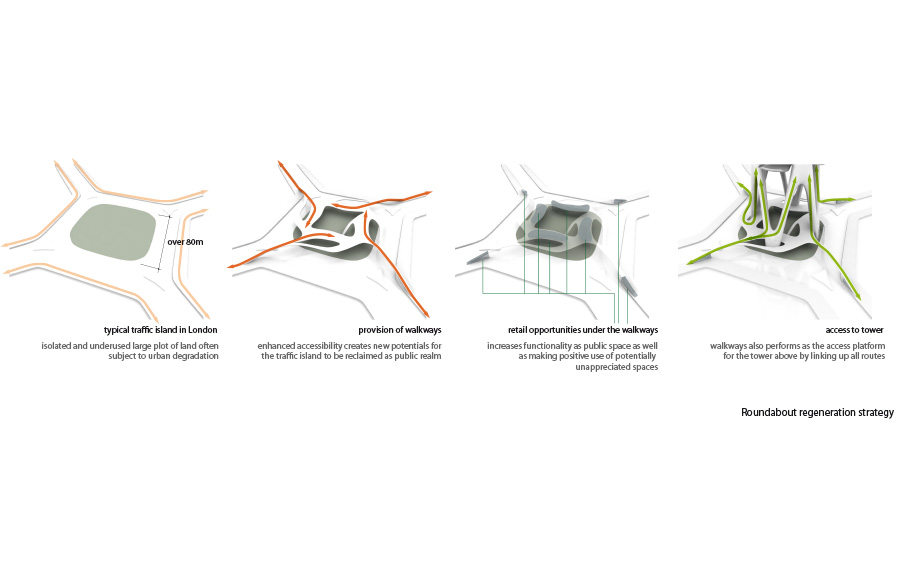 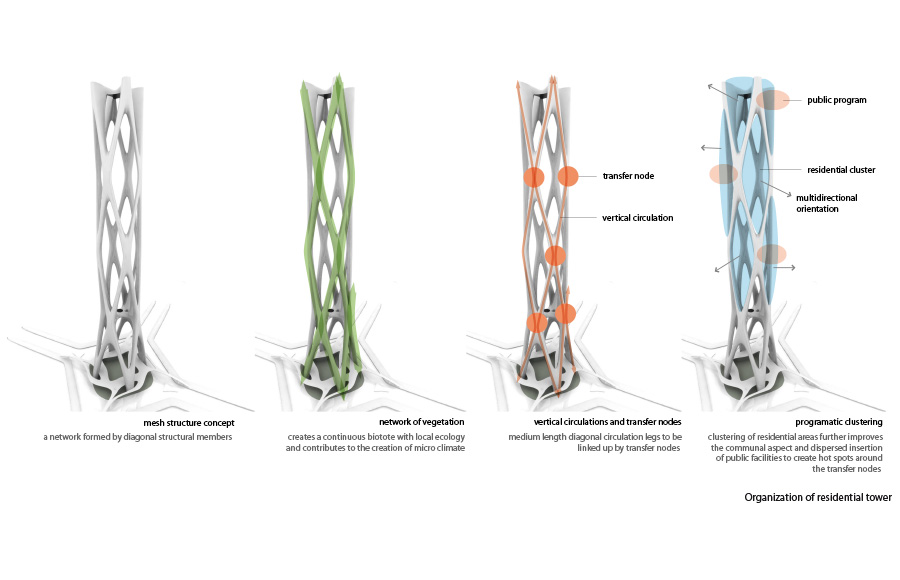 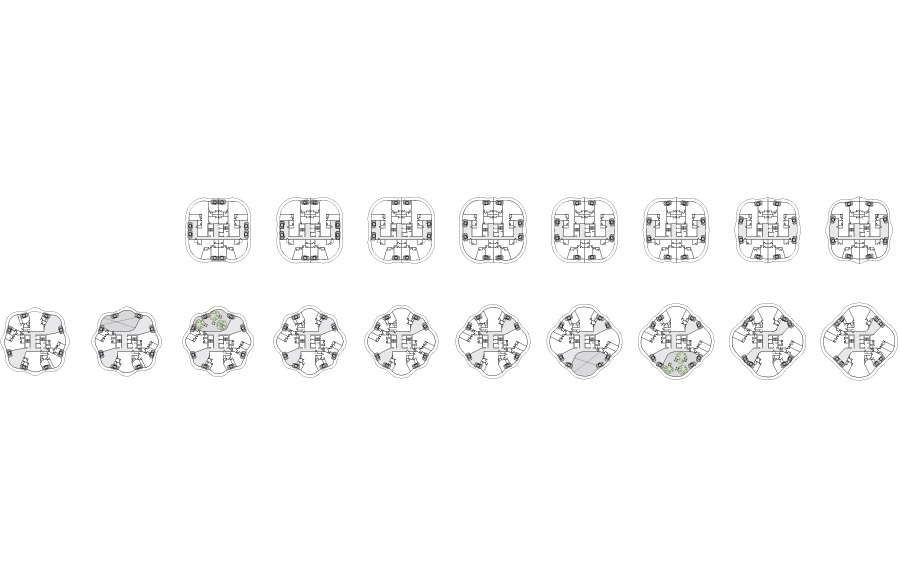 
“Britain is heading for a property shortage of more than a million homes by 2022
unless the current rate of housebuilding is dramatically increased, according to reports
from the JRF. The evidence reveals that the supply of housing is already falling behind
demand faster than previously recognised. The mayor of London said: “We estimate
that the difference between housing demand and supply will have widened
into a yawning gap of 1.1 million homes in England alone by 2022.”
This is a speculative design proposal to study possibility of increasing inner city
density by proposing a high-rise resi-retail tower in the redundant urban traffic islands
typical arises in the centre of roundabouts. The scheme tries to promote use of these
often neglected valuable piece of land by turning them into urban oasises with high
rise towers which will float above the public realm.