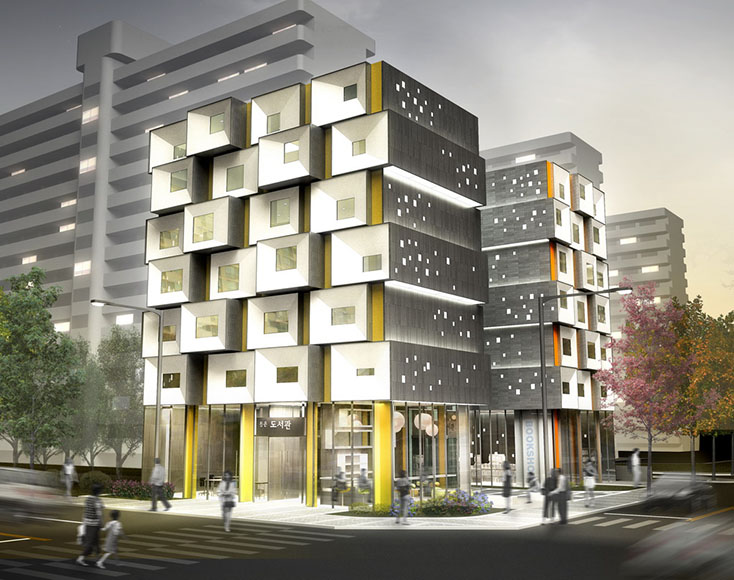 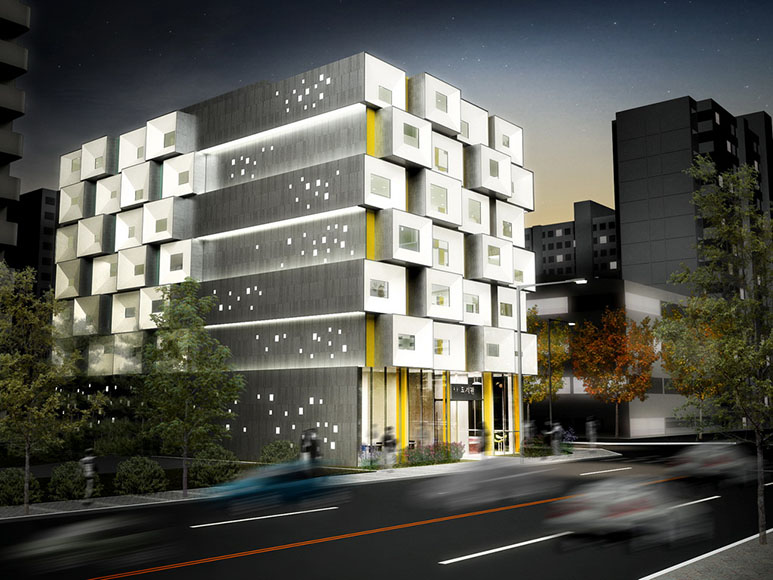 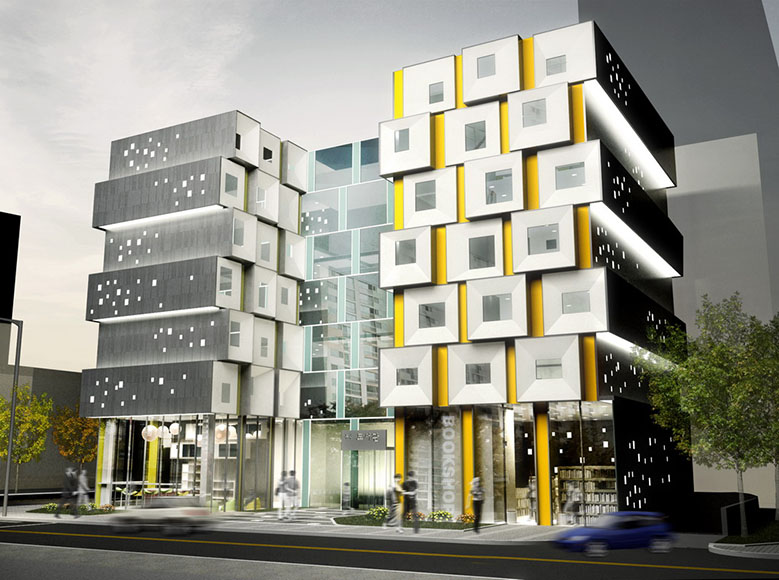 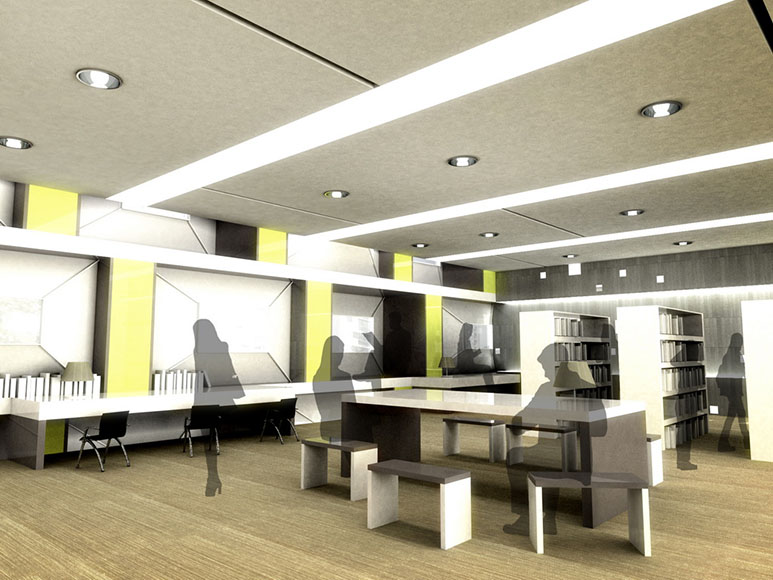 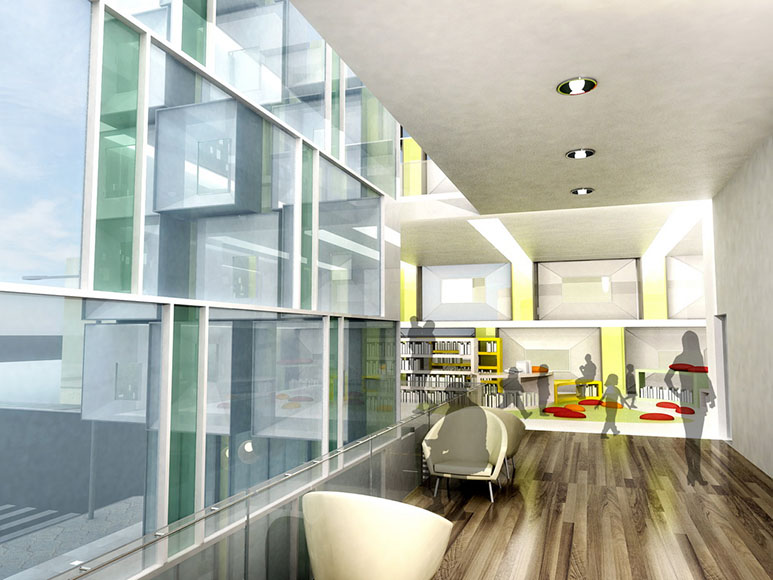 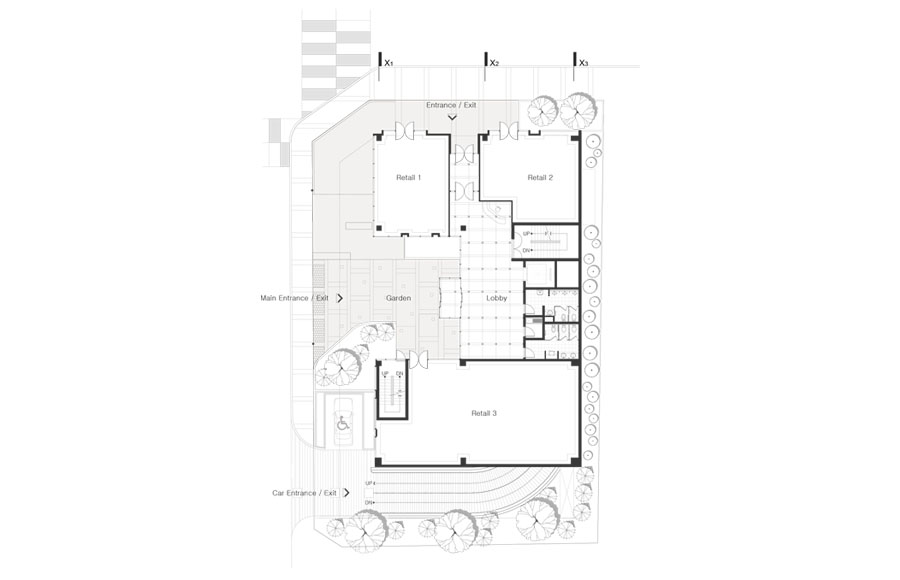 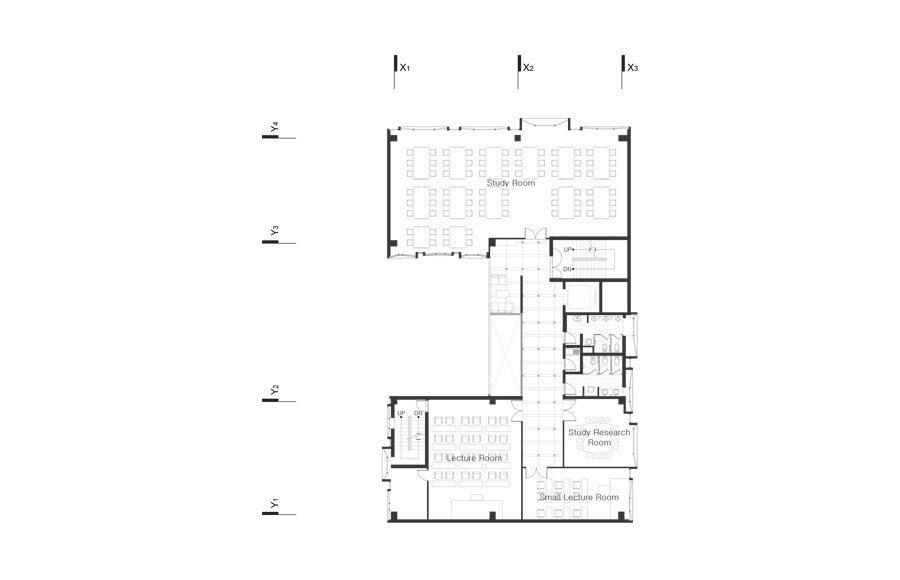 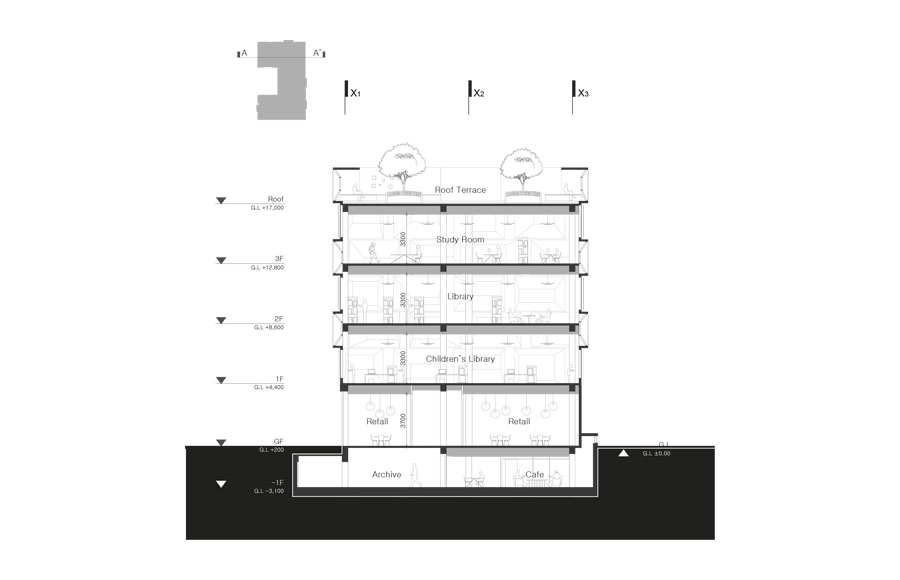 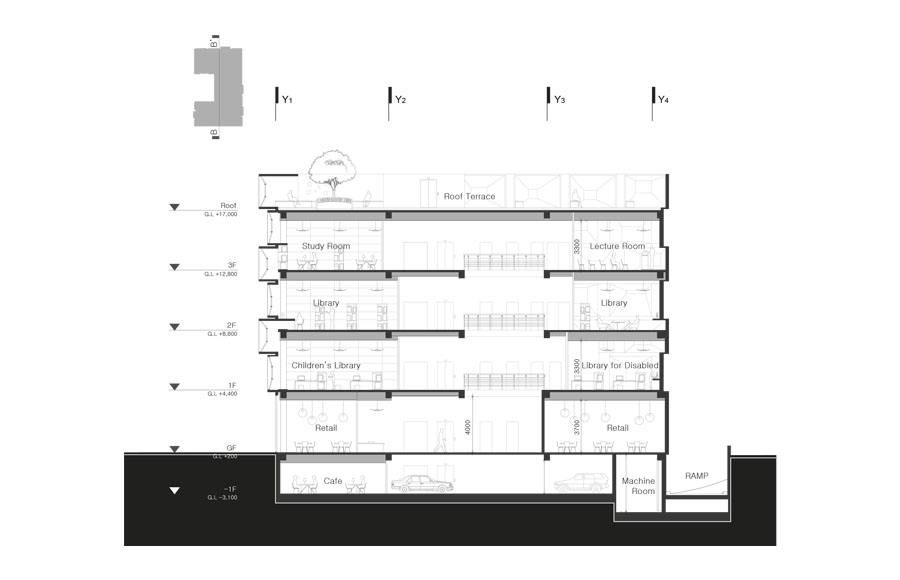 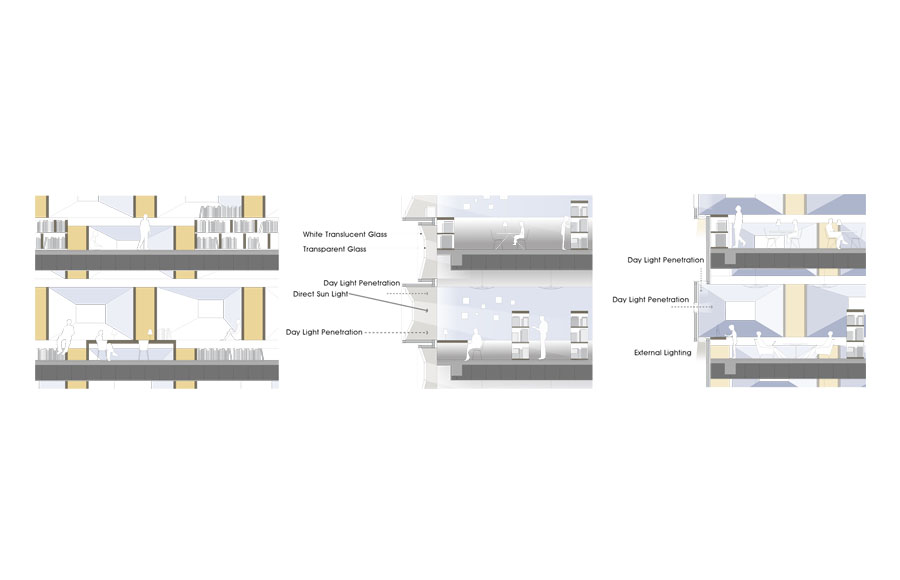 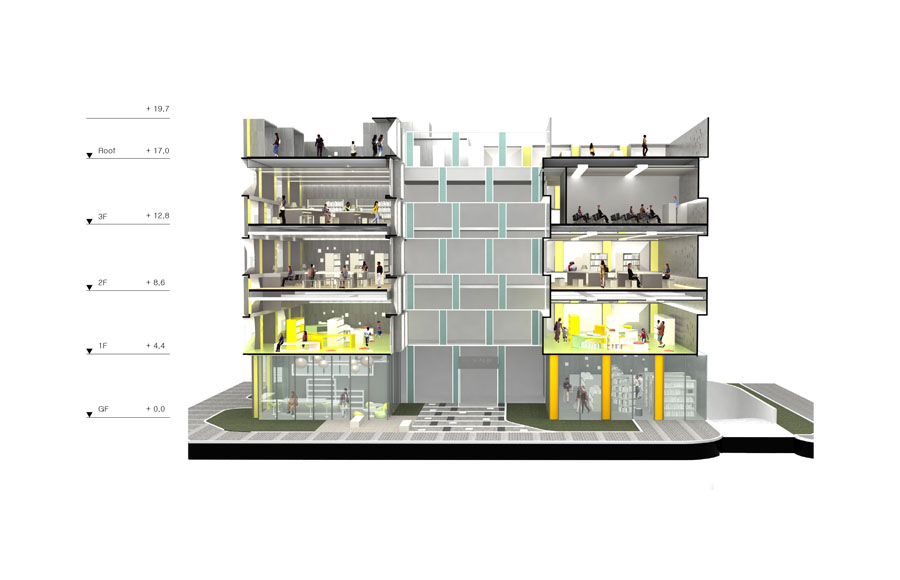 
The site of the library is situated at a corner of the residential area which consists of 20 to 30 storey standard apartment typology found in Seoul. Struck by the repetitive language of straight extrusions and mass multiplication of rectangular blocks of the ‘sameness’, we wanted to take the opportunity to provide a building which reflects the surrounding yet bring liveliness to the monotonous architecture of the surroundings.
Taking the cue from the language of the surroundings, the exterior of the library is derived from simple stacking of box shape volumes with rhythmical variations. We were interested in the loose structuralism of stacked boxes and its inherent incompleteness. Although the repetition of boxes are monotonous, the impreciseness of loosely stacked boxes have the temporal appeal to it as if one can always dismantle and reassemble in different ways. And we wanted to use this temporality of this particular formation as a contextual linkage as well as an analogy to the contemporary requirement of a library which is no longer a static archive facility of the past where information is organised and stored for on demand retrieval, but rather an institution facilitate loose assemblage of collective information ‘pulled-in’ from multiple and volatile formats and sources which can be constantly re-organized according to the fast changing structure of new information. Therefore flexibility within a loose framework became the key concept of this project. We wanted the exterior of the building to have a certain order constituted by the simple elements of boxes and gaps between each boxes at the same time allowing variations within each elements so that the overall composition could exists somewhere between the order and the randomness. This suspension between the order and the randomness within the stack have created interesting three dimensionality of facades which is then translated into parts of the interior spaces as windows, lightings and also part of the furnishing inside.
The overall massing consists of two main volumes separated by a courtyard. These two volumes create frontages to the two streets that they are facing and provide functional division between reading rooms and offices and conference facilities. The ground floor is provided with retail units to reinforce the public use of the central courtyard. The roof is also utilized as public roof garden, where visitors can access, providing spaces for reading, or small gatherings as well as being an area for resting.